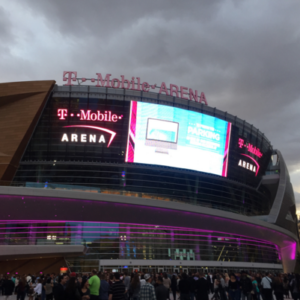 ‘If you build it they will come’ would be very apropos for the T-Mobile Arena. There are some very exciting, upcoming events in the mix. 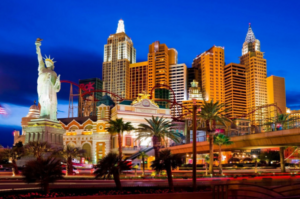 It has already been announced that UFC 200 will be taking place on July 9, 2016. This shouldn’t come as too much of a surprise since the MGM is part owner of the facility.

The World Finals of Bull Riding has also shifted gears and will have this years event at T-Mobile Arena. Prior to this, the World Finals have been hosted at the Thomas & Mack Center for almost two decades straight.

The Pacific or Pac-12 Men’s College Basketball Tournament has recently committed to T-Mobile Arena for the next 2 years. Some other events include various concerts, hockey games and world wrestling entertainment (WWE) matches. Nicki Minaj also recently performed at the venue and is pictured below. 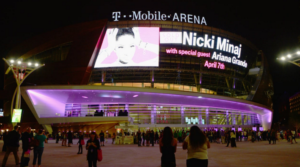 Below are some of the more notable eateries that are way worth your while.

Keep in mind that everything I have described above is just within ‘The Park’ district. The Monte Carlo, New York-New York and the Las Vegas strip are just around the corner.

There is one last attraction that I want to highlight. There is a enormous sculpture of a women dancing just outside of T-Mobile Arena and Toshiba Plaza. Known as “Bliss Dance” the sculpture is over 40 feet tall and was originally designed, and presented at Burning Man. It lights up the night beautifully. 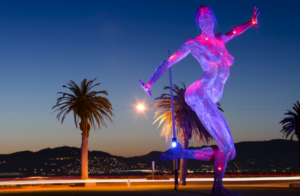 I could go on and on, but what’s the point. You and I both know how bad you want to experience T-Mobile Arena and everything The Park has to offer. Go make it happen and enjoy yourself. Take a friend and have a blast!

Hit Me Up Here with any questions or to share your personal experiences.