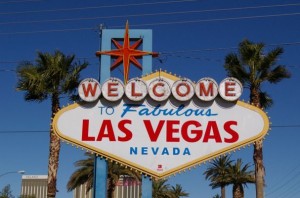 You don’t have to live in Las Vegas to scratch your head and ask yourself “why are there no professional sports teams in Vegas?”

Excellent question. In fact, it’s one of the most deeply philosophical, thought provoking questions in the history of man.

I admit that I’m nervous, even a bit scared to tackle such a quandary. Yet I will attempt to answer this most powerful question with no regard to my own well being. “Why?!” you ask yourself again. Well because that’s how much I care about you, each and every one of you. It could also be that I live in Las Vegas, love sports emphatically, and really, REALLY want professional sport’s teams here. However, those are minor motivating forces and are not statistically significant. 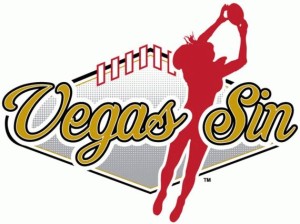 I also want to mention that there have been attempts to establish professional sports teams in Las Vegas, although none of the attempts have come from the National Football League (NFL), National Basketball League (NBA), National Hockey League (NHL) or Major League Baseball (MLB).

I just want to add that I was extremely pumped for the XFL and used to watch endless amounts of the World Wrestling Federation (WWF). Vince McMahon is still one of my all time heroes and WWF wrestling is and always has been real. Also, it will always be the WWF to me. Not the World Wrestling Entertainment Inc. (WWE). The World Wild Life Fund for Nature is super cool and promotes a great cause, but I lost a little respect for all animals during the whole name debate nonsense. I just never thought those furry creatures could be so greedy and cutthroat. I never saw it coming……..

Now, on to the good stuff.

Why the HELL does Las Vegas not have any Major Professional Sports Franchises?

The Las Vegas Valley or Metropolitan Statistical Area (MSA) has a population of 2 million plus. This puts Las Vegas into the top 30 most populated cities in the entire country. In fact, we may be the most populated city in the U.S. that does not have even on major professional sports team. Also, Las Vegas is statistically one of the most visited tourist destinations in the entire WORLD.

Las Vegas is the world’s leader in tourism, one of the fasted growing cites in the country, and has the infrastructure to host the largest spectacles and entertainment shows that this planet has to offer.

I’m thinking that this all looks really good on a city’s resume for the position of ‘Major Professional Sports Team Franchisee.” But heck, that’s just one man’s opinion.

Las Vegas is already saturated with too many entertainment activities so a major professional sporting event would have a difficult time attracting enough fans on a consistent basis. It is also argued that since Las Vegas is a 24 hour town many working residents are on the job during peak viewing times and would not be able to make regular visits to these sporting events.

There are not enough adequate facilities available to host major professional sports franchises. Nothing currently exists in Las Vegas that would be appropriate and nothing has been built yet either. 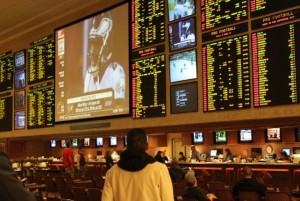 Well, these are the leading reasons why no major professional sports franchise exists in lovely Las Vegas. I find them to be somewhat speculative and subjective. I also feel there could be easy solutions for each one of these objections.

What I am sure of is that this town loves sports. Does being able to gamble on sporting events have a direct correlation to how much a person likes sports? Absolutely. Betting makes everything better. Does it mean that professional athletes or major professional sports franchises will go against league gambling policies? I don’t know. But what’s stopping any current major professional sports franchise from breaking league gambling policies whether they’re based in Las Vegas or not? Nothing.

Las Vegas is a transient place and most everyone that lives here is from somewhere else. Not just from other parts of the country, but internationally. This is important because everyone wants or needs a major professional sports team to support and get behind. Unfortunately, people are left to choose from sports teams that are located hundreds of miles away in other cities. This makes it difficult to get passionate about any sports team. A sports franchise that is not located in the  city, or the state, that someone identifies with is difficult to be passionate about.  How else could a franchise like the Green Bay Packers, based in a city with only 100,000 people, remain in the top ten list of highest valued NFL franchises.

With all this being said there isn’t one iota of doubt in my mind that a major professional sports team would thrive in Las Vegas. This city has been deprived of it for so long that the people here would embrace it with open arms, place a bet on every game, and support them fore the unforeseeable future.