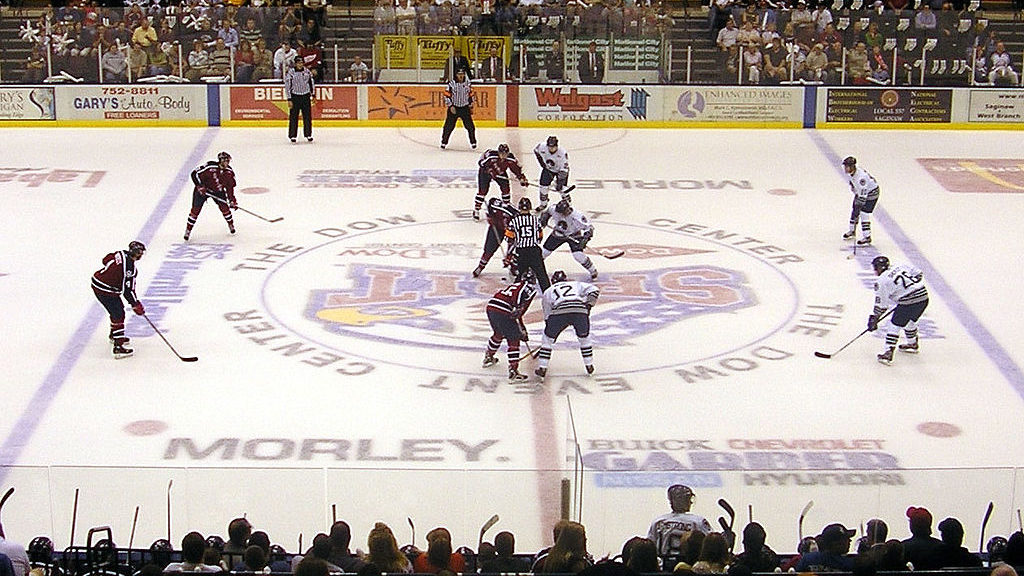 The temperature may be climbing outside, but inside the T-Mobile Arena it’s definitely all about the ice. At least, it will be when the Las Vegas Golden Knights take to the rink later this year in their inaugural season in the National Hockey League.
Hockey fans already know and love the sport for its fast paced momentum that can turn in an instant and—let’s be honest—the fights, the bone crushing checks into the boards and the overall physical nature of the game. The NHL believes that this will fit perfectly with the excitement of Las Vegas and will encourage locals and tourists alike to come out and watch a game and support the Las Vegas Golden Knights hockey team. Here are the two main reasons I think this new team will be a rousing success!

1. MERCHANDISE AND TICKETS ARE ALREADY IN HIGH DEMAND
Full season ticket packages have already sold out, with just a few half season and quarter season packages remaining. Single game tickets won’t go on sale until August and are expected to sell out quickly as demand intensifies. That’s a lot of excitement already being built for this brand new hockey team.
Fans eager to root on the Vegas home town team can already buy official gear online, but with a small catch. No player specific merchandise is available since the roster hasn’t yet been determined. Later this summer, on June 21, 2017 the expansion draft will take place at T-Mobile, which will become the Knight’s home rink. Las Vegas will get to choose one player to take from each of the 30 current NHL teams.

2. THE GOAL IS TO WIN RIGHT FROM THE VERY START
The National Hockey League has been operating since 1917, although the sport of hockey itself dates back to the early 1800’s. And a few other organizations were around prior to the current NHL. With Las Vegas entering the ranks in the 2017-2018 season, 31 teams will play a grueling schedule over several months, all aiming to be the ones to hoist Lord Stanley’s Cup come season’s end. Each hoping for the same goal they probably dreamt of as a young player—To get their name engraved on the base of that trophy, becoming a part of hockey’s rich tradition. Could Las Vegas be next? There’s no reason why not.
Like other professional sports drafts, the hockey expansion draft is set up in a way aimed to bring talent into the team right away rather than forcing years of building if starting with just rookie players. No doubt, it can be tough bringing everyone together at first, each coming from different teams and different styles of playing and coaching but these are professionals after all. They’ve spent their entire lives playing towards, and embracing, the next challenge in their hockey career and being a Knight is a wonderful challenge to have. When the puck drops at T-Mobile Arena it won’t just be the start of the first regular season game for the Golden Knights, it will be the culmination of years of work to bring a team to the Las Vegas desert. These guys will get it done and it’ll be a grand accomplishment for all of the men and women that have had a hand in making it happen.

To the Knights, whoever you may be. You are currently a NY Ranger, an Anaheim Duck, a Minnesota Wild, a Tampa Bay Lightning or an LA King. But Vegas is ready to welcome you all as Knights. Jerseys are waiting for your name, fans are ready to claim you as their favorite member of the team. The arena will be loud, and the moments will be yours to take. Years from now, fans will remember being there when your Knight legacy began. Vegas is steeped in history, of names in lights literally and figuratively, and now it’s your turn.
Under General Manager George McPhee, the future looks bright for the Golden Knights hockey organization. Maybe even bright enough to rival the neon lights of their home town, Las Vegas. You can bet I’ll be there in the stands when the first puck is dropped, cheering out for our new team. It’s exciting to be a part of such a momentous occasion. Will you be there too? If so, comment below and tell us who you hope will get drafted onto the team! And share this article on Facebook and Twitter, so your friends and family will know about the Golden Knights too.